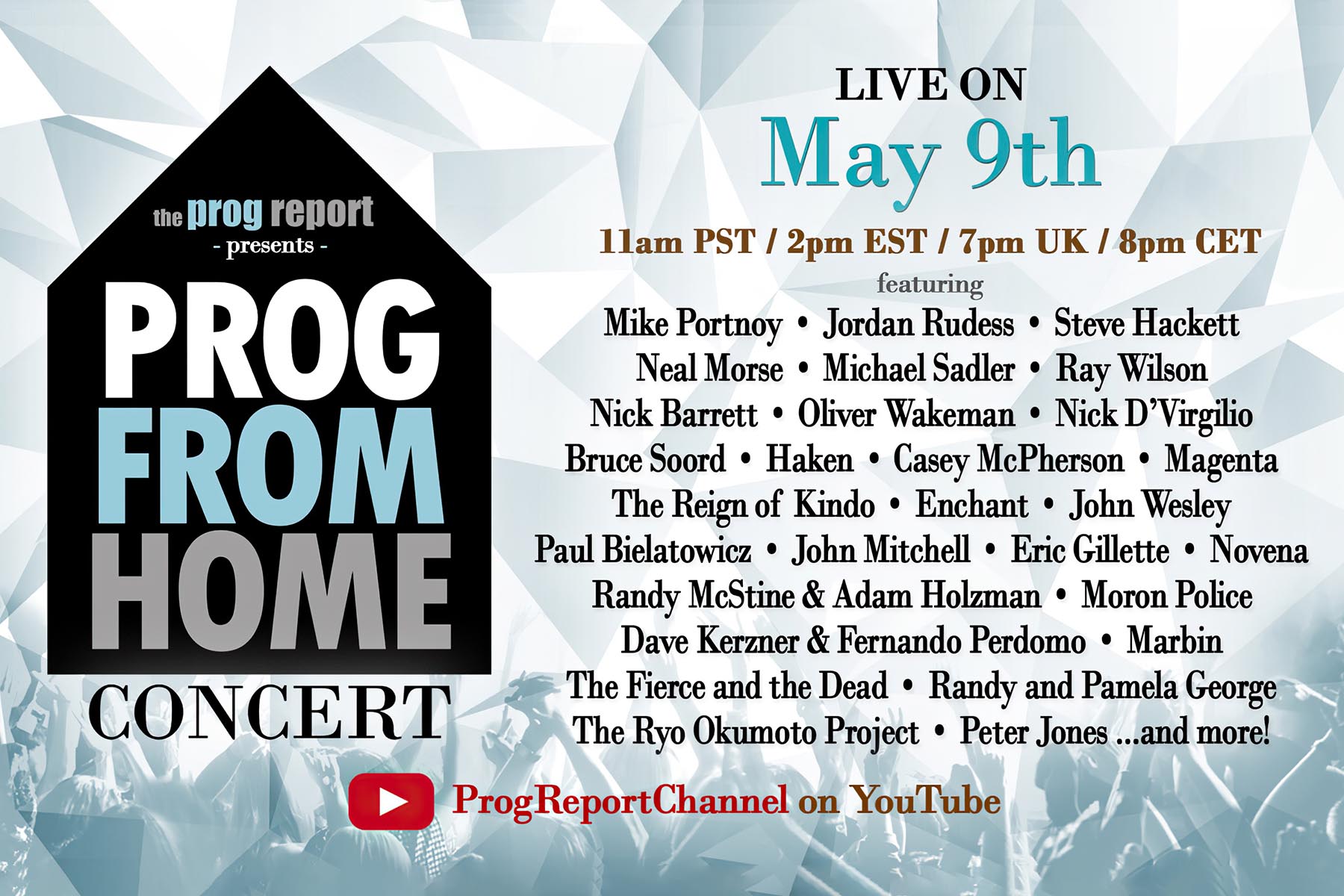 Excited to be part of this wonderful event!

Prog Rock news outlet The Prog Report has announced an All-Star event featuring some of the biggest names in the progressive rock scene. The event titled “Prog From Home” will premiere on The Prog Report YouTube channel on Saturday, May 9th at 11am PST / 2pm EST / 7pm UK / 8pm CET.

The virtual concert will feature curated at-home performances by:

The show is in support and celebration of doctors, nurses, first responders and all health-care workers.